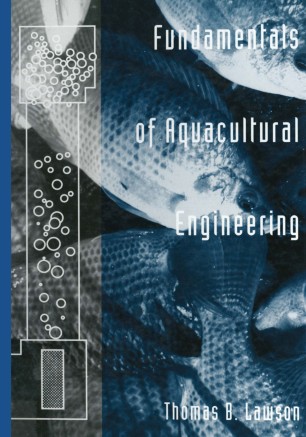 Aquaculture is the science and technology of balanced support from the biological and engi­ producing aquatic plants and animals. It is not neering sciences. However, commercial aqua­ new, but has been practiced in certain Eastern culture has become so complex that, in order to cultures for over 2,000 years. However, the role be successful, one must also draw upon the ex­ of aquaculture in helping to meet the world's pertise of biologists, engineers, chemists, econ­ food shortages has become more recently ap­ omists, food technologists, marketing special­ parent. ists, lawyers, and others. The multidisciplinary The oceans of the world were once consid­ approach to aquaculture production became ap­ ered sources of an unlimited food supply. Bio­ parent during the early 1990s. It is believed that logical studies indicate that the maximum sus­ this trend will continue as aquaculture produc­ tainable yield of marine species through the tion becomes more and more intensive in order harvest of wild stock is 100 million MT (metric for the producer to squeeze as much product as tons) per year. Studies also indicate that we are possible out of a given parcel of land. Although many aquaculture books exist, few rapidly approaching the maximum sustainable yield of the world's oceans and major freshwa­ explore the engineering aspects of aquaculture ter bodies. Per capita consumption of fishery production.