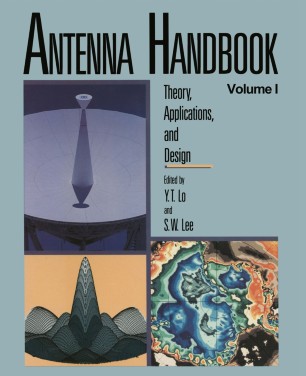 Techniques based on the method of modal expansions, the Rayleigh-Stevenson expansion in inverse powers of the wavelength, and also the method of moments solution of integral equations are essentially restricted to the analysis of electromagnetic radiating structures which are small in terms of the wavelength. It therefore becomes necessary to employ approximations based on "high-frequency techniques" for performing an efficient analysis of electromagnetic radiating systems that are large in terms of the wavelength. One of the most versatile and useful high-frequency techniques is the geometrical theory of diffraction (GTD), which was developed around 1951 by J. B. Keller [1,2,3]. A class of diffracted rays are introduced systematically in the GTD via a generalization of the concepts of classical geometrical optics (GO). According to the GTD these diffracted rays exist in addition to the usual incident, reflected, and transmitted rays of GO. The diffracted rays in the GTD originate from certain "localized" regions on the surface of a radiating structure, such as at discontinuities in the geometrical and electrical properties of a surface, and at points of grazing incidence on a smooth convex surface as illustrated in Fig. 1. In particular, the diffracted rays can enter into the GO shadow as well as the lit regions. Consequently, the diffracted rays entirely account for the fields in the shadow region where the GO rays cannot exist.