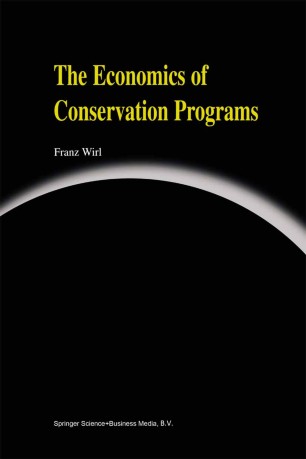 The Economics of Conservation Programs

Demand side management (DSM) is one of the most topical issues in regulating electric utilities, both in the United States and internationally. What is DSM? It consists of various measures at the level of demand (households, commerce, industry, others), which are at least partially financed by electric utilities and which should either conserve energy or reduce the peak load. The practice of DSM originates from The Public Utility Regulatory Policy Act of 1978 (PURPA) that provided the political and legal framework to set energy conservation as a national goal, which encouraged regulatory commissions to initiate utility conservation programs; see e.g., Nowell-Tschirhart (1990) and Fox-Penner (1990). Moreover, integrated resource planning, which must account for DSM on a level playing field with supply, is written into the 1992 Energy Policy Act as the U.S. Government's preferred method of electric power planning. Although PURPA set energy conservation as a national priority, its implementation was left to the states with the consequence of considerable differences concerning efforts and rules. By 1993 16 states had already implemented integrated resource planning, 9 were in the process of doing so and further 9 considered implementation, (EPRI 1993b). Due to the Clean Air Act of 1990, 24 states are considering to include external costs in integrated resource planning.