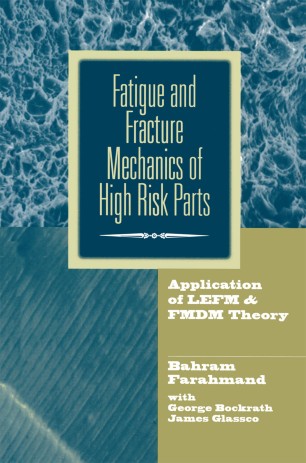 In the preliminary stage of designing new structural hardware that must perform a given mission in a fluctuating load environment, there are several factors the designers should consider. Trade studies for different design configurations should be performed and, based on strength and weight considerations, among others, an optimum configuration selected. The selected design must be able to withstand the environment in question without failure. Therefore, a comprehen­ sive structural analysis that consists of static, dynamic, fatigue, and fracture is necessary to ensure the integrity of the structure. During the past few decades, fracture mechanics has become a necessary discipline for the solution of many structural problems. These problems include the prevention of failures resulting from preexisting cracks in the parent material, welds or that develop under cyclic loading environment during the life of the structure. The importance of fatigue and fracture in nuclear, pressure vessel, aircraft, and aerospace structural hardware cannot be overemphasized where safety is of utmost concern. This book is written for the designer and strength analyst, as well as for the material and process engineer who is concerned with the integrity of the structural hardware under load-varying environments in which fatigue and frac­ ture must be given special attention. The book is a result of years of both acade­ mic and industrial experiences that the principal author and co-authors have accumulated through their work with aircraft and aerospace structures.