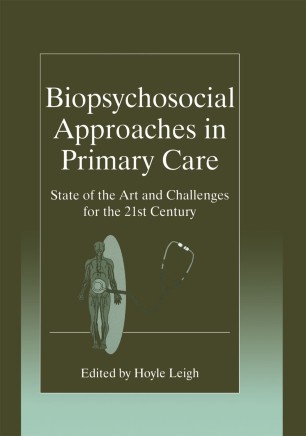 State of the Art and Challenges for the 21st Century

ST MEDICINE IN A CHANGING UNIVERSE AT THE THRESHOLD OF THE 21 CENTURY Hoyle Leigh, M. D. I Professor ofPsychiatry San Francisco, University ofCalifornia, and Fresno VAMedical Center INTRODUCTION During my lifetime, the universe has changed beyond recognition. The universe into 111 which I was born, in the first halfofthe 20 century, was still infinite, permanent, orderly, and tranquil --- a universe that worked like a masterfully constructed clock. Matter and energy followed Newton's lawsofconservation. Shortly after my birth, Hiroshima proved, with a big bang, that matter was no longer permanent, everything was relative. Einstein had also shown thateverything that happened was local, that is, there was an event horizon beyond which no information could reach as nothing can travel faster than light. When I was growing up, the moon was for lovers, and going there was an impossible dream. Cosmologically, the Big Bang theory that postulates that the universe was born out ofan explosion some 10-15 billion years ago from a primordial point won over steady state. Ithas been expanding ever since, although the ultimate fateofthe universe is still unknown ­ whetherit will keep on expanding resulting in aperpetual stateofheat death, or will at some point startcontracting, resulting in a big crunch ofgravitational collapse ending in a single black hole out ofspace, time, and existence. Quantum theory has defeated even Einstein's genius and proven that God indeed plays dice.