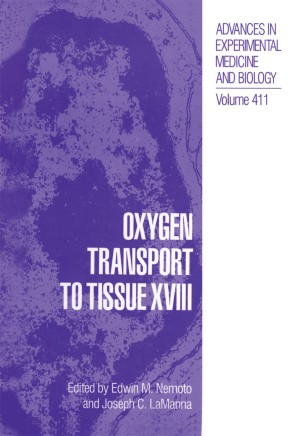 Part of the Advances in Experimental Medicine and Biology book series (AEMB, volume 411)

The 23rd annual meeting of the International Society on Oxygen Transport to Tissue took place from August 23-27, 1995, at the Station Square Sheraton along the shores of the Monongahela River where it meets with the Allegheny and Ohio Rivers to form the "Point" of the city of Pittsburgh. Pittsburgh was a convenient location for the meeting be­ ing between both the East and West coasts of the United States and between the Asian and European continents. It is easily accessible by air via its large international airport. In ad­ dition, Pittsburgh has just recently undergone a transition from the steel mills and indus­ tries of old to an age of computers and biotechnology as evidenced by the new Biotechnology Center of the University of Pittsburgh where a lunch and tour were pro­ vided for interested participants. On the tour, the participants got to see the mix of projects ranging from molecular biology to clinical projects studying membrane oxygenators, ven­ tricular assist devices, oxygen carriers, and more, representing the forefront of research on oxygen delivery systems to tissue.