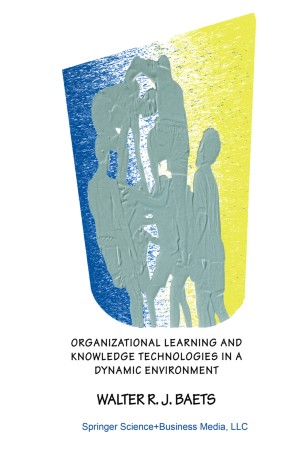 Organizational Learning and Knowledge Technologies in a Dynamic Environment

I am not a born academic. I deliberately joined the ranks of academia at a fairly late stage as a natural progression from my professional career as an executive in what in those days was known as "decision support". My career had begun in the telecom industry before the days of deregulation in what one would call strategic planning and then I moved on to decision support in the field of banking, developing trading room software and risk management systems. As I developed decision support systems for real applications, the more I realized how very dependent these systems are on decision design. I began to question a number of basic business assumptions. I felt increasingly the need to review the way decision support systems were conceived at the time since they not only limited what one could do with computers, but also limited the decision-making capacity of executives. I thus decided to take time out from my professional obligations in order to be able to investigate the 'whys and wherefores' behind decision-making. I experienced yet another disappointment at the beginning of my academic career as I noted the academic research style prevailing in most Business Schools. The academic community was adhering to a type of research methodology based on a single view of the way humans think.