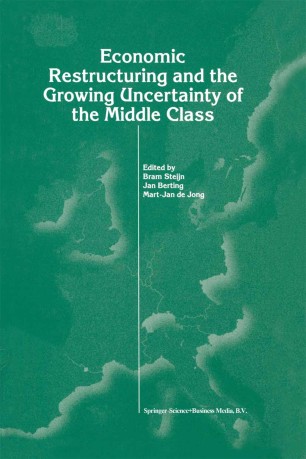 Economic Restructuring and the Growing Uncertainty of the Middle Class

Economic Restructuring and the Growing Uncertainty of the Middle Class focuses on a relatively new research area which is becoming increasingly more important: the growing uncertainty of the middle class. Until recently, members of the middle class were not only assured of a good social and economic position but also of the continuation of this position. Nowadays, economic and organisational changes are threatening this once secure position. The boundaries between the middle classes and the working class are becoming less and less visible. `Making a career', which was in the past central for middle class people, is becoming ever more difficult. Moreover, organisational restructuring is threatening their employment. It seems that insecurity is becoming a central element in the lives of members of the middle class.
In this book experts from several European countries discuss the question of to what extent the position of the middle class is really changing. They also discuss the mechanisms that are propelling these changes, and the effects these changes have on the attitudes of middle-class people. As the experts are from several parts of Europe (Great Britain, Germany, The Netherlands, Greece, Spain and Russia), the reader can compare the situation of the middle classes in these various countries.
This book contains valuable information for anyone interested in this important topic: not only for those involved in the studies of economic and organisational change and social stratification and those interested in the similarities and differences between European countries, but (amongst others) for policy-makers, managers, and trade union representatives who will be dealing with problems induced by the changes that are discussed in the book.