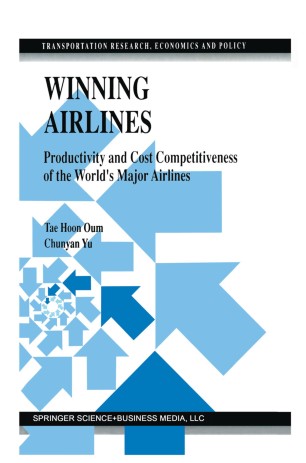 Productivity and Cost Competitiveness of the World’s Major Airlines

Major institutional, regulatory, and structural changes have occurred in international air transport during the past two decades. Many countries have deregulated their domestic airline industries and open skies continental blocs have formed in Europe and North America A movement is now underway to create a liberalized continental bloc in Australasia. International air transport has been substantially liberalized due to the diminishing role of lATA as an industry cartel, and via a series of liberalized bilateral agreements signed between many countries, including the u.s. and UK Increased liberalization and continentalization have induced major airlines to create global service networks through inter-carrier alliances. And all these changes are intensifYing competition between major carriers in both domestic and international markets. The increased competition and economic recession in the early 1990s led many airlines to massive fmancial losses, forcing them to undertake major restructuring to improve efficiency and reduce costs. Although it is important for an airline to map out proper strategies in the globalizing airline industry, the ultimate ability of a carrier to swvive and prosper in increasingly competitive markets greatly depends on its productivity and cost competitiveness.