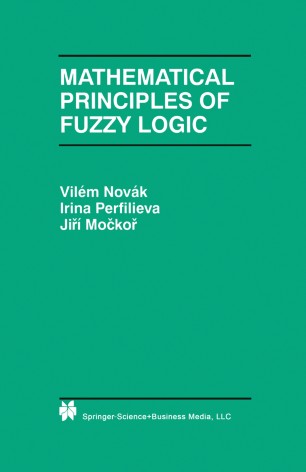 Part of the The Springer International Series in Engineering and Computer Science book series (SECS, volume 517)

Mathematical Principles of Fuzzy Logic provides a systematic study of the formal theory of fuzzy logic. The book is based on logical formalism demonstrating that fuzzy logic is a well-developed logical theory. It includes the theory of functional systems in fuzzy logic, providing an explanation of what can be represented, and how, by formulas of fuzzy logic calculi. It also presents a more general interpretation of fuzzy logic within the environment of other proper categories of fuzzy sets stemming either from the topos theory, or even generalizing the latter.
This book presents fuzzy logic as the mathematical theory of vagueness as well as the theory of commonsense human reasoning, based on the use of natural language, the distinguishing feature of which is the vagueness of its semantics.