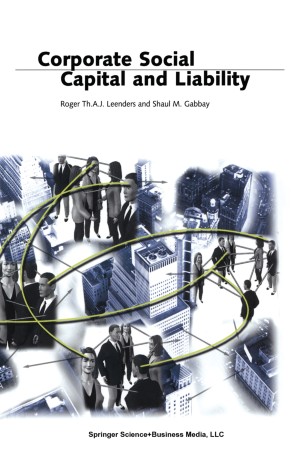 In studies of inter-organizational relations (lOR's), there is a tendency to look at dyads of flrms, and to consider networks as aggregates of such dyads. But there are several roles for a third party; a go-between. This chapter looks at a go-between not in the sense of a middleman who intermediates in existing production or trade, such as an agent, wholesaler, retailer, and not in the sense of an entrepreneur who intermediates in the realization of new potential in connecting supply and demand. It looks at a go­ between in the sense of a relationship counsellor for the development and maintenance of social capital; providing support in setting up, adapting and ending cooperative relations between others. Or, in yet different terms: to help in the embedding of relati­ ons, in Granovetter's (1985) sense (Uzzi 1997a). Such roles may be performed by middlemen or entrepreneurs, but also by specialized agents who do not playa direct role in linking stages in a chain of production and distribution, as middlemen and entrepreneurs typically do. Indeed, some of the roles require an independence that is served by not having a direct stake in the relations that need to be developed. I propose that the analysis yields a perspective for looking at the roles of trade and industry associations in European business systems, and of banks and trading houses in Japanese enterprise groups (Kigyo Shudan).