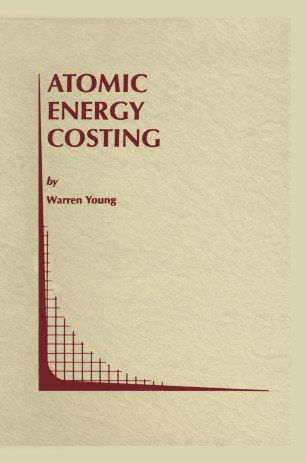 In the centennial year of the birth of Sir John Cockcroft, first master of my Cam­ bridge College, Churchill, and the first man to split the atomic nucleus by artificial means, it is indeed relevant to consider the outcome of his efforts at developing atomic power. From the earliest days of the construction of Calder Hall-the first nuclear power station in Britain-and the establishment of the British Atomic Re­ search Center at Harwell, and the Chalk River Nuclear Station in Canada, through the "Windscale" nuclear accident in Britain, up to the present, when some 20% of UK energy is derived from nuclear power, the Cockcroft legacy is felt. As the British historian Mark Goldie put it, in the "pure and sanguine 1950s," Cockcroft had almost absolute "faith in 'peaceful atoms' and in the boundless, almost cost free, energy that atoms would soon produce" (Goldie, 1997, p. 21). But, as the eminent economist Frank Hahn recalled, "the only failing Cockcroft had" was "that he wasn't up to much in economics. " Indeed, Hahn recalled that he "had to explain" to Cockcroft "the economic notion of optimum durability" as it related to the "interest rate" in the context of building Churchill College with "hand-made bricks. " After his explana­ tion, as Hahn recalled "Cockcroft smiled and proceeded to order more hand-made bricks" (Hahn, 1997, p. 27).