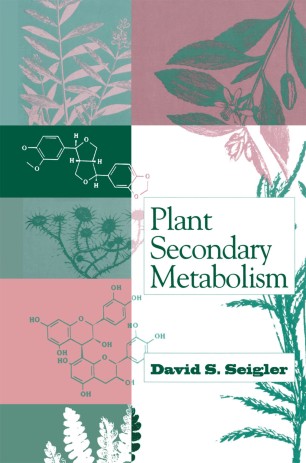 Life has evolved as a unified system; no organism exists similar role also has been suggested for fatty acids from alone, but each is in intimate contact with other organisms cyanolipids. Nonprotein amino acids, cyanogenic glyco­ and its environment. Historically, it was easier for workers sides, and the non-fatty-acid portion of cyanolipids also are in various disciplines to delimit artificially their respective incorporated into primary metabolites during germination. areas of research, rather than attempt to understand the entire Secondary metabolites of these structural types are accumu­ system of living organisms. This was a pragmatic and neces­ lated in large quantities in the seeds of several plant groups sary way to develop an understanding for the various parts. where they probably fulfill an additional function as deter­ We are now at a point, however, where we need to investi­ rents to general predation. gate those things common to the parts and, specifically, those The second type of relationship involves interaction of things that unify the parts. The fundamental aspects of many plants with other organisms and with their environment. Bio­ of these interactions are chemical in nature. Plants constitute logical interactions must be viewed in the light of evolution­ an essential part of all life systems; phytochemistry provides ary change and the coadaptation, or perhaps coevolution, of a medium for linking several fields of study.