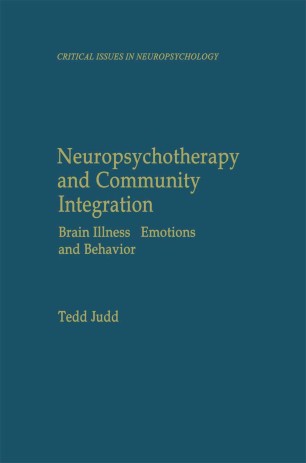 The first time I walked onto a neurology ward during my graduate training I was shocked (much as family members of people with brain illnesses probably are). I had learned a great deal in class about aphasia, amnesia, agnosia, apraxia, and other cognitive disorders, but I had not been prepared for the behavioral disorders I was to encounter, for the severe physical disabilities, for the indignities of the patient role. Bit by bit I overcame this shock. I learned to look people in the eye who seemed to have more tubes than the New York subway system, people whose faces had been scraped off the pavement and who were drooling, incontinent, and severely dysarthric. I learned to see beyond what frightened and repulsed me to the human beings within. I wish I could say that I saw in each person a deep human soul yearning to breathe free and to love, an essence, an intrinsic goodness, a wholeness; I did not. Rather, it seems like each and every unique element of human behavior, one's abilities, and one's desires can be destroyed by some brain lesion, while leaving a uniquely human person behind. Not only are there losses, but behaviors emerge at times that are not seen in people with intact brains but which still reveal a human attempting to cope. I do feel that I saw and still see in each such person something intrinsically human, but not the same thing in each.