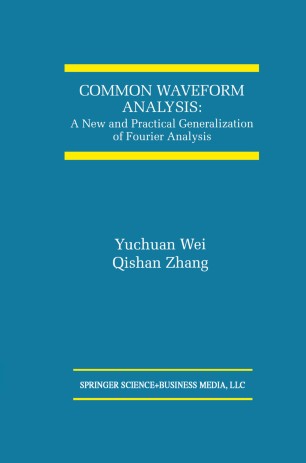 A New And Practical Generalization of Fourier Analysis

Part of the The International Series on Asian Studies in Computer and Information Science book series (ASIS, volume 9)

Common Waveform Analysis, which will be of interest to both electrical engineers and mathematicians, applies the classic Fourier analysis to common waveforms. The following questions are answered: Common Waveform Analysis represents the most advanced research available to research scientists and scholars working in fields related to the area.