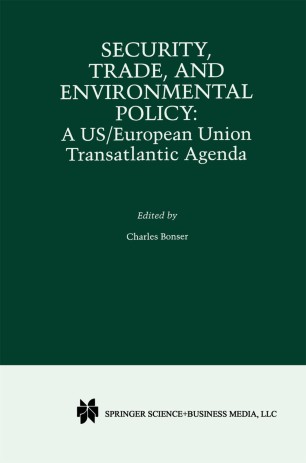 Center for European Integration, University of Bonn, Germany Instituto Nacional de Administradio, Lisbon, Portugal Fondazione Eni Enrico Mattei, Milan, Italy University Pompeu Fabra, Barcelona, Spain Danish School of Public Administration, Frederiksberg, Denmark Scuola Superiore della Pubblica Amministrazione, Rome, Italy The papers presented in this volume were originally presented at the Paris and Bloomington conferences. They were subsequently updated, where necessary, to include new information or circumstances. Plans call for future colloquia of the group to publish their results. For current information on the consortium being planned, visit the web page:. Charles F. Bonser Dean Emeritus School of Public and Environmental Affairs Indiana University Bloomington, Indiana U. S. A. SECTION I: INTERNATIONAL SECURITY ISSUES FOR THE EUROPEAN UNION AND THE UNITED STATES INTRODUCTION, SECTION I Charles F. Bonser Dean Emeritus of Public and Environmental Affairs Sclwol Indiana University Bloomington, Indiana It is clear that the collapse of the Soviet Empire at the beginning of this decade has led to what President Bush called, at that time, a "New World Order. " Although no one as yet has defined exactly what that means, it obviously includes the fact that the United States has emerged as the only true super power in the world, at least militarily. If there were any doubts to that fact, the events of the last decade removed them. In the 1991 Gulf War, the U. S.