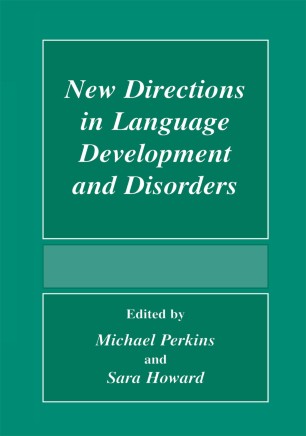 Research into child language development is being conducted more extensively, by more people, and in more countries throughout the world than at any point in the past. We now know more than we ever did before about the linguistic, cognitive, neurobio­ logical, and social capacities that children bring to their language learning task, as well as the ways in which these capacities interact with a whole range of factors present in the child's environment throughout the learning process, not least the particular character­ istics of the language or languages to which the child is exposed. Far from inducing a sense of complacency, this new knowledge seems instead to create an even stronger impetus to know more. This is partly because of the new and unforeseen questions it raises and partly because of competition between different theories to provide the best explanation of the phenomenon, and which in turn engender different methods of enquiry. This volume addresses many of the key issues which are currently exercising the minds of child language researchers, and which are likely to motivate research for some years to come. The chapters included here-all previously unpublished-present a great deal of new data and address a range of theoretical issues from a variety of perspectives.