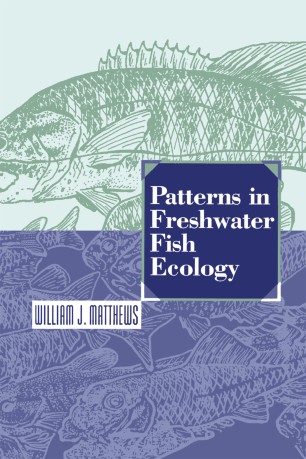 Nearly a decade ago I began planning this book with the goal of summarizing the existing body of knowledge on ecology of freshwater fishes in a way similar to that of H. B. N. Hynes' comprehensive treatise Ecology of Running Waters for streams. The time seemed appropriate, as there had been several recent volumes that synthesized much information on a range of topics important in fish ecology, from biogeographic to local scales. For example, the "Fish Atlas" (Lee et aI. , 1980) had provided range maps and basic entry to the original literature for all freshwater fishes in North America, and in 1986 Hocutt and Wiley's Zoogeography of North American Fishes provided a detailed synthesis of virtually everything known about distributional ecology of fishes on that continent. Tim Berra (1981) had summarized in convenient map form the worldwide distribution of all freshwater fish families, and Joe Nelson's 1976 and 1984 editions of Fishes of the World had appeared. To complement these "big picture" views of fish distributions, the volume on Community and Evolutionary Ecology of North American Freshwater Fishes, edited by David Heins and myself (Matthews and Heins, 1987), had provided an opportunity for more than 30 individuals or groups to summarize their work on stream fishes (albeit mostly for warmwater systems).