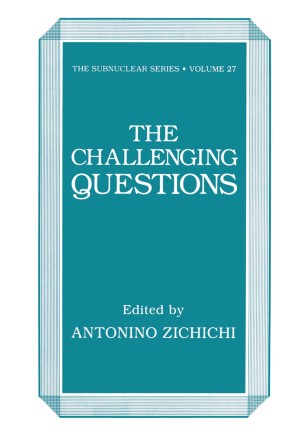 Part of the The Subnuclear Series book series (SUS, volume 27)

During July-August 1989. a group of 75 physicists from 52 laboratories in 16 countries met in Erice for the 27th Course of the International School of Subnuclear Physics. The countries represented were: Austria. Bulgaria. Canada. China. Denmark. France. the Federal Republic of Germany. Hungary. India. Italy. Pakistan. Poland. Switzerland. United Kingdom. and the Union of the Soviet Socialist Republics and the United States of America. The School was sponsored by the European Physical Society (EPS). the Italian Ministry of Education (MPI). the Italian Ministry of Scientific and Technological Research (MRST). the Sicilian Regional Government (ERS). and the Weizmann Institute of Science. In addition to some crucial problems in the Superworld Theory. developed by S. Ferrara and L. Hall. the School was focused on the most advanced topics which have attracted our attention during the last year. These are of a phenomenological nature: the problem of the spin inside the proton (G. Altarelli). some crucial QCD tests (R. Baldini-Celio and S. Brodsky). the jet phenomenology as predicted by QCD (Y. Dokshitzer); and of basic (therefore by far more difficult to solve) value. such as the understanding of the fundamental constants of Nature (G. Veneziano) and the new ideas on the cosmological constant (A. Stominger and G. Veneziano).