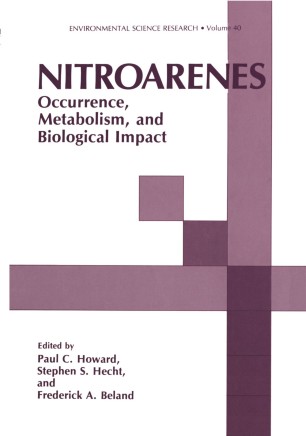 Prior to 1979, consideration of the problem of the carcinogenicity of the aromatic amine class of chemicals took place primarily in poster sessions and symposia of annual meetings of the American Association for Cancer Research and analogous international associations. In November 1979 the first meeting concerned with the aromatic amines was held in Rockville, Haryland under primary sponsorship of the National Cancer Institute. The proceedings from this meeting were published as Monograph 58 of the Journal of the National Cancel' Institute in 1981. The second meeting in this series, the Second International Conference on N-Substituted Aryl Compounds, was held in March/April of 1982 in Hot Springs, Arkansas. The National Cancer Institute and The National Center for Toxicological Research were the primary sponsors of this meeting. The proceedings were published as Volume 49 of the journal En-vil'onmental Health Perspectives in 1983. The third meeting in this series was held in April of 1987 at the Dearborn Hyatt in Dearborn, Michigan. The principal sponsor of this meeting was the Heyer L. Pre ntis Comprehensive Cancer Center of Metropolitan Detroit. The proceedings, Carcinogenic and Mutagenic Responses to Aromatic Amines and Nitroal'enes, were published in 1987 by Elsevier Press. The fourth meeting was held in Cleveland, Ohio, on July 15-19, 1989.