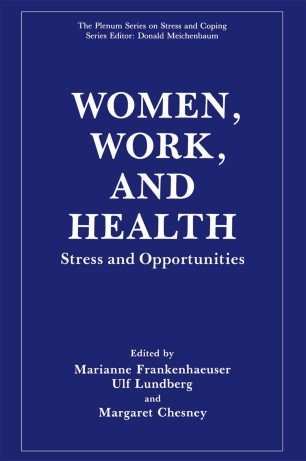 Until recently, studies of women's health received scant research attention in the context of the overall magnitude of research conducted on health. Even for health issues that affect both men and women, most research has been limited to male subjects, leaving a large gap in our knowledge base concerning women's health. Finally, the decade of the 1990s is ushering in a shift in this inequity. In 1990 the U.S. National Institutes of Health issued a compelling report citing the lack of sufficient research on women's health as a major gap in our knowledge, and a mandate has been issued to add women as study subjects in research or to document why they have not been included. Such directives will undoubtedly lead to a much-needed burgeoning of research activities in the area of women's health as we approach the twenty-first century. Despite limited research resources, however, there have been steady, scientifically rigorous voices in the wilderness for the last several years, and many of the best investigators are represented in this volume. These workers have led the vanguard in exploring psychosocial factors that are likely to differentially affect women's and men's health. For example, women and men engage in social roles that often differ, if not in quantity, then certainly in quality. Sex differences in role expectations, environmen­ tal qualities, role burdens related to the domains of work and family, and abilities to adapt to and cope with stressful situations may have a distinctive impact on health.