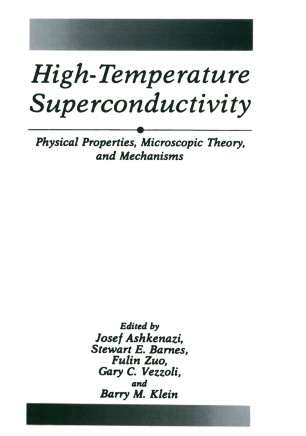 This volume contains the proceedings of the University of Miami Workshop on the subject of "Electronic Structure and Mechanisms for High Temperature Super­ conductivity". The workshop was held at the James L. Knight Physics Building on the campus of the University of Miami, Coral Gables, 3-9 January 1991. Some 106 scientists from 12 countries attended this workshop, most of whom presented either invited or contributed papers. The reader will find in this volume a series of papers discussing the most im­ portant experimental and theoretical developments as of winter/spring 1990/1991. Despite more than four years of intensive research on high-T materials, there has c been considerable controversy both with respect to the interpretation of experiment and even more so in connection with the construction of an appropriate theory. In this regard, workshops such as this, gathering scientists with many viewpoints, and varying specialization, and fostering constructive discussions, are important in the de­ velopment of a common ground. Of major concern in the present context were the basic physical processes involved in high-temperature superconductivity.