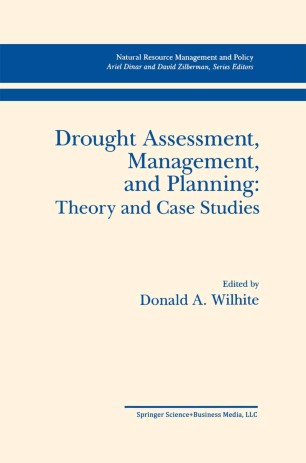 Drought is an insidious hazard of nature. It originates from a deficiency of precipitation that results in a water shortage for some activity or some group. Africa has suffered the most dramatic impacts from drought during the past several decades­ the recent droughts in the southern and eastern portions of the continent are testimony to that fact. However, the vulnerability of all nations to extended periods of water shortage has been underscored again and again during this same time period. In the past decade alone, droughts have occurred with considerable frequency and severity in most of the developed and developing world. Significant parts of North and South America, Australia, Europe, and Asia have been plagued recently by extended periods of severe drought, often resulting in far-reaching economic, social, and environmental consequences. In the western United States, for example, vast areas are facing the prospects of a sixth or seventh consecutive year of drought in 1993. Concern by members ofthe scientific and policy communities about the inability of governments to respond in an effective and timely manner to drought and its associated impacts exists worldwide. Numerous "calls for action" for improved drought planning and management have been issued by national governments, professional organizations, intergovernmental organizations, nongovernmental organizations, and others. The United Nations' International Decade for Natural Disaster Reduction (lDNDR) is yet another example of an international call for action to reduce the impacts that result from drought and other natural hazards.