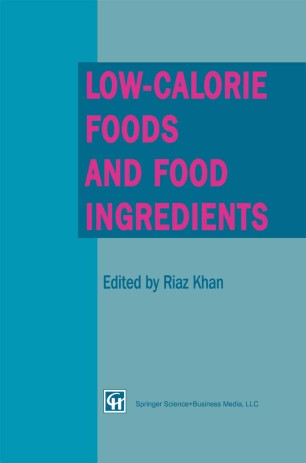 amounts can produce a deleterious effect on animals. In an attempt to quantify this potential for toxicity and to give sufficient margin for safety, JECFA has introduced an acceptable daily intake (ADI) level for food additives. For example, the ADI values granted for saccharin, aspartame, cyclamate, acesulfame-K and sucralose are 2. 5, 40, 11,9 and 1 3. 5 mg kg- body weight per day, respectively. Chapter 2 on regulatory aspects of low-calorie food elaborates these points. The additives that are to be consumed in large amounts, such as a fat replacement product like 'Olestra' or a new bulking material like 'polydextrose', present a more complex problem as far as the evaluation of their toxicity is concerned. Normal safety testing of an additive, such as a high-intensity sweetener, requires that the test animals are fed with a sufficiently high dosage in order to produce an effect and then on that basis an ADI value is calculated. In cases like 'Olestra' and 'polydex­ trose', which are not normally present in diet or metabolised to dietary constituents, such an approach will obviously not be applicable, or of any use, in calculating an ADI value. Due to these factors the regulatory authorities have not yet been able to produce any guidelines for toxicity trials for additives that are to be taken in food in large quantities.