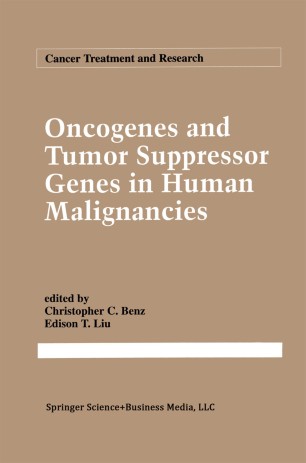 The first edition of Oncogenes (1989) focused on several of the better known transforming mechanisms and surveyed a spectrum of solid tumors and hematologic malignancies. Several of the nearly 50 known oncogenes most relevant to human disease were examined. In contrast, this volume presents a very different profile and balance of subject material that reflects the rapidly changing field of molecular oncology and its newly emerging concepts. Among the most important discoveries of the past 4 years are the identification of nearly a dozen different tumor suppressor genes and the finding of an entirely new class of cancer-causing gene (bcl-2) that acts by inhibiting cell death rather than stimulating cell proliferation. This edition begins by reviewing selected malignancies in which our earlier search for clinically relevant oncogenes has led to more focused studies on gain-of-function and loss-of-function genetic abnormalities, as well as autocrine and paracrine growth factor loops known to regulate tumor physiology and malignant cell behavior. Curiously, many of these genetic and functional abnormalities are shared by several different tumor types and are not uniformly present in all tumors of the same type. This observation brings up molecular questions about the tissue-specific determinants that underlie individual cancers and also gives added impetus to the suggestion that molecular abnormalities (referred to as tumor markers) be included among the histopathologic features used for clinical diagnosis and manage­ ment.