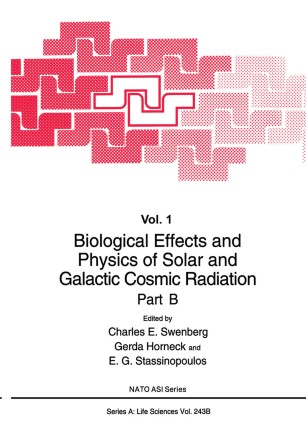 Biological Effects and Physics of Solar and Galactic Cosmic Radiation

Space missions subject human beings or any other target of a spacecraft to a radiation environment of an intensity and composition not available on earth. Whereas for missions in low earth orbit (LEO), such as those using the Space Shuttle or Space Station scenario, radiation exposure guidelines have been developed and have been adopted by spacefaring agencies, for exploratory class missions that will take the space travellers outside the protective confines of the geomagnetic field sufficient guidelines for radiation protection are still outstanding. For a piloted Mars mission, the whole concept of radiation protection needs to be reconsidered. Since there is an increasing interest of many nations and space agencies in establishing a lunar base and lor exploring Mars by manned missions, it is both, timely and important to develop appropriate risk estimates and radiation protection guidelines which will have an influence on the design and structure of space vehicles and habitation areas of the extraterrestrial settlements. This book is the result of a multidisciplinary effort to assess the state of art in our knowledge on the radiation situation during deep space missions and on the impact of this complex radiation environment on the space traveller. It comprises the lectures by the faculty members as well as short contributions by the students given at the NATO Advanced Study Institute "Biological Effects and Physics of Solar and Galactic Cosmic Radiation" held in Armacao de Pera, Portugal, 12-23 October, 1991.