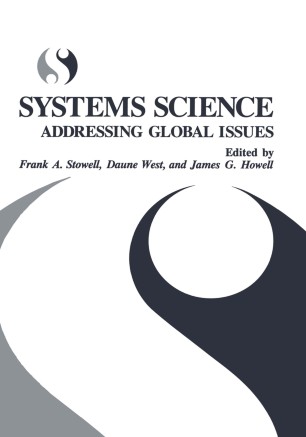 As we approach the end of the 20th century we can look back upon the achievements that have been made in a variety of human endeavours with pride. Enormous strides have been made to improve the quality of life of millions of people through the application of the scientific discoveries made during this and past centuries. The 20th century will be remembered as much for the mass exploitation of scientific discovery as for the discoveries themselves. The technological age has meant that the human being is able to contemplate activities which "defy" nature. For example, some of the work involved in the preparation of these proceedings has been done whilst travelling at over 500 miles per hour seven miles above the surface of the earth. It is not difficult to conjecture about the effect that this relatively recent technology has had upon a number of "systems". Air transportation has provided a number of benefits including such disparate examples such as enabling holidays, famine relief and the cross fertilisation of cultural practices from other lands. Equally, there have been undesirable effects such as enabling the means of mass destruction, interference in other cultures and the speedy transportation of disease. Moreover, the physical presence of the aeroplane itself represents the consumption of fossil fuels, a source of pollution and a change in the way think about life. The view expressed here is of course the view of an inhabitant of the "western world".