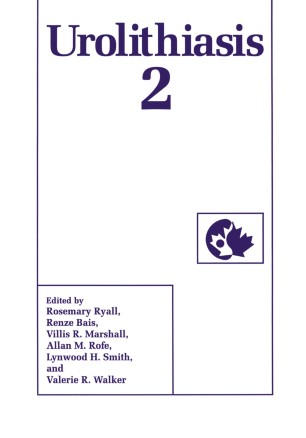 The first International Symposium on Urolithiasis Research was held in Leeds, England, in 1968. The meeting was the first in what was to become a series of symposia intended to gather together a diverse group of biochemists and physicians, urologists and engineers, with a common interest in factors affecting the formation of human urinary stones. Since its inception the series has threaded a peripatetic course back and forth across the Atlantic Ocean, from Madrid in Spain, to Davos in Switzerland, to Williamsburg in the USA, to Garmisch-Partenkirchen in Germany and Vancouver in Canada, under the guardianship of Drs Nordin, Cifuentes Delatte, Fleisch, Smith, Schwille, Dirks and Sutton, and their colleagues. In 1992, for the first time, the meeting moved to the southern hemisphere, to Cairns in Northeastern Australia. Unlike most previous symposia, there were no invited papers. Instead, the submitted abstracts were allowed to dictate the content of the meeting so that the conference programme would reflect the flavour of current research in the field. To achieve this, all abstracts were graded anonymously by three referees to determine their categorization as oral, theme poster, or general poster presentations. The 300 or so accepted absracts were then allocated to seven plenary sessions, nine theme poster discus­ sion groups and three large general poster sessions.