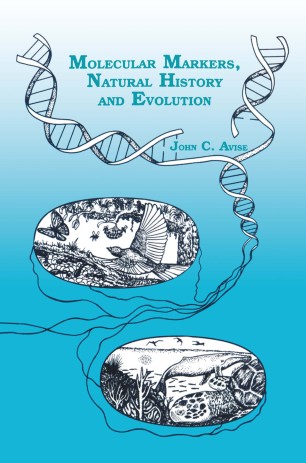 Molecular approaches have opened new windows on a host of ecological and evolutionary disciplines, ranging from population genetics and behavioral ecology to conservation biology and systematics.
Molecular Markers, Natural History and Evolution summarizes the multi-faceted discoveries about organisms in nature that have stemmed from analyses of genetic markers provided by polymorphic proteins and DNAs. The first part of the book introduces rationales for the use of molecular markers, provides a history of molecular phylogenetics, and describes a wide variety of laboratory methods and interpretative tools in the field. The second and major portion of the book provides a cornucopia of biological applications for molecular markers, organized along a scale from micro-evolutionary topics (such as forensics, parentage, kinship, population structure, and intra-specific phylogeny) to macro-evolutionary themes (including species relationships and the deeper phylogenetic structure in the tree of life). Unlike most prior books in molecular evolution, the focus is on organismal natural history and evolution, with the macromolecules being the means rather than the ends of scientific inquiry. Written as an intellectual stimulus for the advanced undergraduate, graduate student, or the practicing biologist desiring a wellspring of research ideas at the interface of molecular and organismal biology, this book presents material in a manner that is both technically straightforward, yet rich with concepts and with empirical examples from the world of nature.