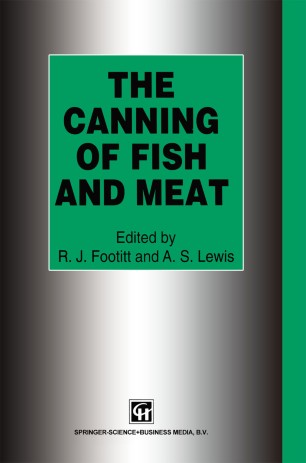 The Canning of Fish and Meat

Canning as a preservation process has proved its value in its contribution to the preservation, distribution, and storage of world food supplies, and is a traditional way of preserving fish and meat. With increasing concern for the environment, it has much to offer with its use of readily recyclable container materials and product stability at ambient conditions, as well as long life. For some foods, such as fish and meat, the character of the canned product has become an accepted and sought after quality by the consumer but for other foods, other methods of preservation have delivered a 'fresher' character. However, there is a growing realisation that these other methods of preservation of foods carry critical control requirements through the whole distribution chain, which, considered together with environmental implica­ tions of energy usage and packaging recycling potential, has led to a resurgence of interest in canning. Increasingly, in the major markets, legislative control of fish canning is following (and extending) the style previously only applied to canned meat, with enormous implications for fish canneries worldwide.