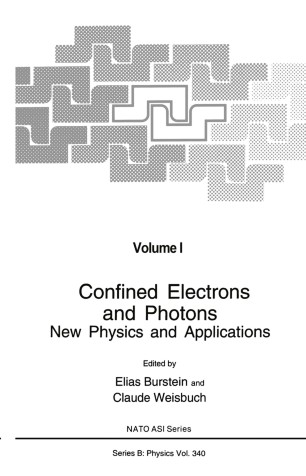 The optical properties of semiconductors have played an important role since the identification of semiconductors as "small" bandgap materials in the thinies, due both to their fundamental interest as a class of solids baving specific optical propenies and to their many important applications. On the former aspect we can cite the fundamental edge absorption and its assignment to direct or indirect transitions, many-body effects as revealed by exciton formation and photoconductivity. On the latter aspect, large-scale applications sucb as LEDs and lasers, photovoltaic converters, photodetectors, electro-optics and non-linear optic devices, come to mind. The eighties saw a revitalization of the whole field due to the advent of heterostructures of lower-dimensionality, mainly two-dimensional quantum wells, which through their enhanced photon-matter interaction yielded new devices with unsurpassed performance. Although many of the basic phenomena were evidenced through the seventies, it was this impact on applications which in turn led to such a massive investment in fabrication tools, thanks to which many new structures and materials were studied, yielding funher advances in fundamental physics.