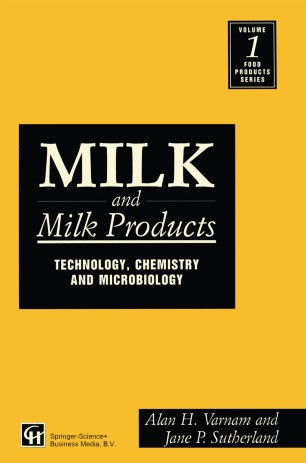 Milk has been an important food for man since the domestication of cattle and the adoption of a pastoralist agriculture. It is also the most versatile of the animal-derived food commodities and is a component of the diet in many physical forms. In addition to milk itself, a rural technology evolved which permitted the manufacture of cheese, fer­ mented milks, cream and butter. At a later date, successive advances in technology were exploited in the manufacture of ice cream, concen­ trated and dried milks and, at a later date, of ultra-heat-treated dairy products, new dairy desserts and new functional products. At the same time, however, dairy products have been increasingly perceived as unhealthy foods and a number of high quality dairy substitutes, or analogues, have been developed which have made significant inroads into the total dairy food market. Paradoxically, perhaps, the technology which, on the one hand, presents a threat to the dairy industry through making possible high quality substitutes offers, on the other hand, an opportunity to exploit new uses for milk and its components and to develop entirely new dairy products. Further, the development of products such as low fat dairy spreads has tended to blur the distinction between the dairy industry and its imitators and further broadened the range of knowledge required of dairy scientists and technologists.