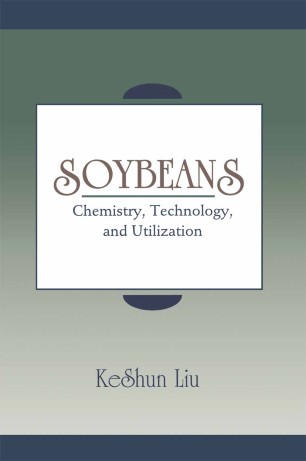 The soybean [Glycine max (L. ) Merrill], a native of China, is one of the oldest crops of the Far East. For centuries, the Chinese and other Oriental people, including Japanese, Korean, and Southeast Asians, have used the bean in various forms as one of the most important sources of dietary protein and oil. For this reason and because the amount of protein produced by soybeans per unit area of land is higher than that of any other crop, this little old bean has been called "yellow jewel," "great treasure," "nature's miracle protein," and "meat of the field. " Now this bean is seen by some as a weapon against world hunger and a protein of the future. Most recently, the soybean has been touted as a possible weapon against chronic diseases. Since large-scale introduction to the Western world at the beginning of the twentieth century, the cultivation and use of soybeans have undergone a dramatic revolution: from traditional soyfoods in the Orient to a new generation of soyfoods in the West, from animal feed to value-added food protein ingredients, from industrial paints to affordable table oils and spreads, from an old field crop to a new crop with wide regions of adoptability, herbicide tolerance, pest resistance, and/or altered chemical composition, and from limited regional cultivation to expanded worldwide production.