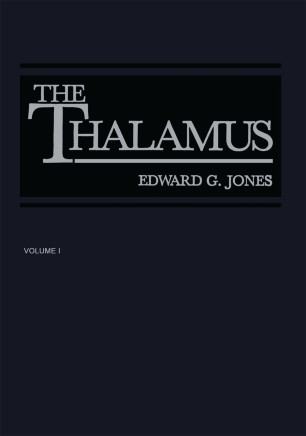 It is now more than fifty years since Sir Wilfrid Le Gros Clark (1932a) published his Arris and Gale lectures on the structure and connections of the thalamus. This authoritative overview came at a time when thalamic studies were passing from a descriptive to an experimental phase and, in his review, Le Gros Clark was able to cover virtually every aspect of the organization and development and much of the comparative anatomy of the thalamus then known. It is also approaching a half-century since A. Earl Walker (1938a) wrote The Primate Thalamus, which was strongly experimental, but with many Clinical in­ sights, and which he described as "an attempt to elucidate the role of the thalamus in sensation. " The intervening years have seen published a few reports of con­ ferences on aspects of thalamic organization and function but no monographs comparable to those of Le Gros Clark or Walker. Perhaps this is understandable when one considers, not so much the enormity of the new data that have been added, but rather the emphasis upon individual thalamic nuclei as components of separate functional systems, not all of them sensory. It is probably also true to say that studies in the commoner experimental animals such as the rat, cat, and monkey have been so productive in their own right that there was little interest in making an across-species synthesis.