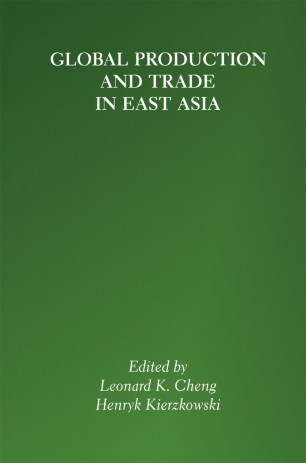 Global Production and Trade in East Asia focuses on the profound change that the traditional paradigm of production and international trade has undergone in the last two decades or so as a result of worldwide trade and investment liberalization. This ongoing transformation has been both aided and stimulated by advances in telecommunications, transportation, and information management. The liberalization of trade and investment on the one hand and advances in communications technology on the other have further promoted global production networks in which vertical stages of final goods are fragmented across countries. International fragmentation of production, which enables international division of labor not only in final products but also in vertically related components, is more evident than ever before.
The book documents the process of international production fragmentation and trade in East Asian economies, studies the mechanics of the process, explores the theory behind the phenomenon, and identifies important policy implications. It focuses on production fragmentation and trade in East Asia because this is the part of the world where the phenomenon is most visible. With contribution by well-known international economics scholars from North America, Europe, and the Asia-Pacific, the book distinguishes itself with high global quality and rich regional content. It achieves a fine balance between theory, policy, and empirical work.
This book will interest scholars of international trade, foreign investment and international business, regional specialists in East Asian economies, policymakers and advisors in international economic relations, and anyone else who follows important economic issues of globalization.