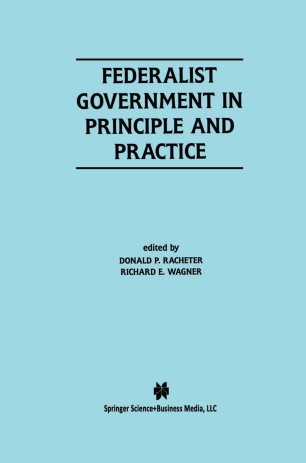 Federalist Government in Principle and Practice

Federalism has generally been characterized as a system of government that is friendly to liberty. It is not obvious, though, why this should be so. Federalism is a form of government where citizens simultaneously reside in at least two governments, each of which has independent authority to tax and to regulate. By contrast, in a unitary form of government citizens face only one government with independent authority to tax and regulate. At first glance, it would seem a bit strange to claim that liberty is more secure when citizens are members of two governments with independent authority than when they are members of only one such government. The relationship between federalism and liberty turns out to be a complex one, and one that is capable of working in either direction. Whether federalism supports or erodes liberty depends on importantly on the institutional framework within which federalist governance takes place. The essays in Federalist Government in Principle and Practice examine this institutionalist theme from both theoretical and practical perspectives.