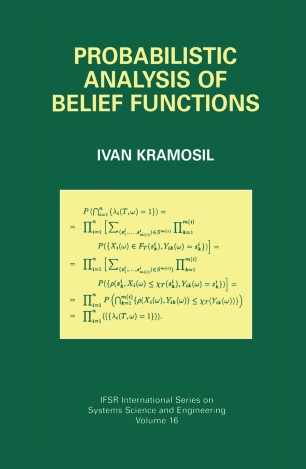 Inspired by the eternal beauty and truth of the laws governing the run of stars on heavens over his head, and spurred by the idea to catch, perhaps for the smallest fraction of the shortest instant, the Eternity itself, man created such masterpieces of human intellect like the Platon's world of ideas manifesting eternal truths, like the Euclidean geometry, or like the Newtonian celestial me­ chanics. However, turning his look to the sub-lunar world of our everyday efforts, troubles, sorrows and, from time to time but very, very seldom, also our successes, he saw nothing else than a world full of uncertainty and tem­ porariness. One remedy or rather consolation was that of the deep and sage resignation offered by Socrates: I know, that I know nothing. But, happy or unhappy enough, the temptation to see and to touch at least a very small por­ tion of eternal truth also under these circumstances and behind phenomena charged by uncertainty was too strong. Probability theory in its most sim­ ple elementary setting entered the scene. It happened in the same, 17th and 18th centuries, when celestial mechanics with its classical Platonist paradigma achieved its greatest triumphs. The origins of probability theory were inspired by games of chance like roulettes, lotteries, dices, urn schemata, etc. and probability values were simply defined by the ratio of successful or winning results relative to the total number of possible outcomes.