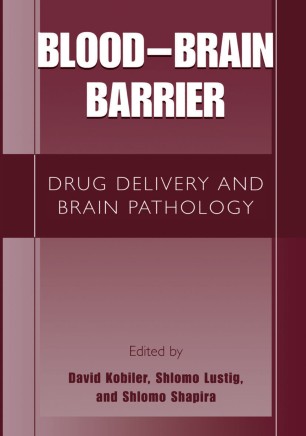 The vasculature of the central nervous system (eNS) is characterized by the existence of the blood-brain barrier (BBB), which can be regarded as both an anatomical and physiological phenomenon. The BBB is formed by a complex cellular system of endothelial cells, astroglia, pericytes, perivascular macrophages and a basal membrane, although the anatomic substrate of the BBB is the interendothelial tight junctions that form a continuous sealing. The BBB serves as an exquisitely controlled, functional gate to the eNS. It not only protects the brain from agents in the blood that could impair neurological function, but also controls the influx and efflux of numerous substances to maintain proper homeostasis and provide the brain with necessary nutrients. The structural and functional integrity of the BBB was shown to be dramatically altered during various diseases of the eNS, including neoplasia, ischemia, trauma, hypertension, inflammation and epilepsy. Recent years research has partially elucidated the mechanisms underlying the development of some of these brain disorders as well as the pathways used by different pathogens, like bacteria and viruses, to initiate eNS infections. The development of in vitro models of the BBB had instrumental role in the understanding of the involvement of the BBB in the pathogenesis of several eNS diseases. The intimate, functional association between the function of the brain and the activity of the BBB makes the later a target for pharmacological modulation that will expand the therapeutic possibilities for a range of neurological diseases.