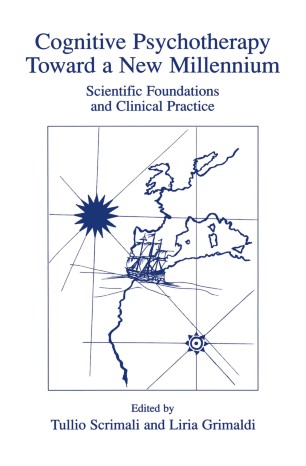 Cognitive Psychotherapy Toward a New Millennium

In the roughly two decades since Aaron T. Beck published the now classic "Cognitive Therapy of Depression," and Michael J. Mahoney declared the "Cognitive Revolution," much has happened. What was proposed as the "cognitive revolution" has now become the zeitgeist, and Cognitive Therapy (CT) has grown exponentially with each passing year. A treatment model that was once seen as diffe­ rent, strange, or even alien, is now commonplace. In fact, many people have allied themselves with CT claiming that they have always done CT. Even my psychoanalytic colleagues have claimed that they often use CT. "After all," they say, "Psychoanalysis is a cognitive therapy." Cognitive Therapy (or Cognitive Psychotherapy) has become a kaleidoscope model of treatment, with influences coming from many sources. Some of these contributory streams have been information pro­ cessing, behavior therapy, Constructivist psychology, and dynamic psychotherapy. Each of these sources have added color, shading, and depth to the CT model. What was originally uni­ dimensional in terms of the CT focus on depression has become multidimensional as the CT model has been applied to virtually every patient population, treatment setting, and therapy context. CT must now be seen as a general model of psychotherapy that, with modifications, can be applied to the broad range of clinical problems and syndromes. What has tied these various applications of CT together is the emphasis on a strong grounding in cogni­ tive theory, a commitment to empirical support, and a dedication to broadening the model.