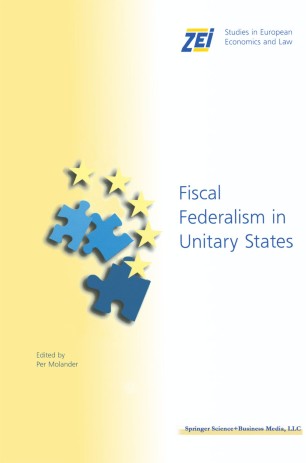 Decentralism of political power to regions and local government occurs worldwide in response to demands from the periphery. Such devolution of power raises a number of problems - political, financial, and legal. By gathering together important papers from a series of workshops sponsored by the SNS Constitutional Project and the Center for European Integration Studies, this volume presents a number of these problems from a truly interdisciplinary perspective.
The authors believe that fiscal federalism, while originating in formally federal states, is relevant also to the analysis of state-local relationships in unitary states with some degree of regional or local authority. Among the topics they cover are the division of responsibilities and powers of taxation, bailouts, systems of equalization, and state grants, as well as problems related to democracy and citizens' rights. While the book's primary focus is Nordic, its international perspective is enhanced by contributions from Europe, Canada, and the U.S.