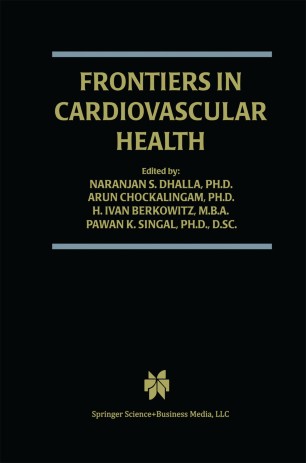 The Frontiers in Cardiovascular Health varies between and within nations, depend­ ing upon the level at which the battle is fought for better cardiovascular health. According to the 1997 World Health Report, 15 million deaths (i. e. 30% of the total number of deaths) were attributable to cardiovascular diseases and this number is on the rise. The projection for the year 2020 is quite alarming with an expected cardiovascular mortality reaching 50 million. Much of this burden is projected to occur in developing countries, more specifically in the most populous countries of the world, namely China and India. These countries are already burdened with infectious and parasitic diseases and are trying to eradicate such diseases. With increasing life expectancies people all over the world, especially in developing coun­ tries, are exposed to degenerative atherosclerosis resulting in increased cardiovascu­ lar mortality and morbidity. In developing countries, resources available for health care are very limited. For example many of the African countries spend less than $10 per person per year on his/her entire health care let alone cardiovascular health. The average health care budget for nearly two thirds of the global population is well below $100 per year, on a per capita basis. Therefore, in developing countries health promotion and primary prevention are the frontiers by necessity. Improving awareness and health education is not only a matter of choice but is an absolute necessity.