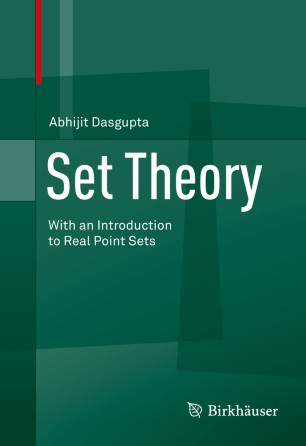 With an Introduction to Real Point Sets

What is a number? What is infinity? What is continuity? What is order? Answers to these fundamental questions obtained by late nineteenth-century mathematicians such as Dedekind and Cantor gave birth to set theory. This textbook presents classical set theory in an intuitive but concrete manner.

To allow flexibility of topic selection in courses, the book is organized into four relatively independent parts with distinct mathematical flavors. Part I begins with the Dedekind–Peano axioms and ends with the construction of the real numbers. The core Cantor–Dedekind theory of cardinals, orders, and ordinals appears in Part II. Part III focuses on the real continuum. Finally, foundational issues and formal axioms are introduced in Part IV. Each part ends with a postscript chapter discussing topics beyond the scope of the main text, ranging from philosophical remarks to glimpses into landmark results of modern set theory such as the resolution of Lusin's problems on projective sets using determinacy of infinite games and large cardinals.

Separating the metamathematical issues into an optional fourth part at the end makes this textbook suitable for students interested in any field of mathematics, not just for those planning to specialize in logic or foundations. There is enough material in the text for a year-long course at the upper-undergraduate level. For shorter one-semester or one-quarter courses, a variety of arrangements of topics are possible. The book will be a useful resource for both experts working in a relevant or adjacent area and beginners wanting to learn set theory via self-study.