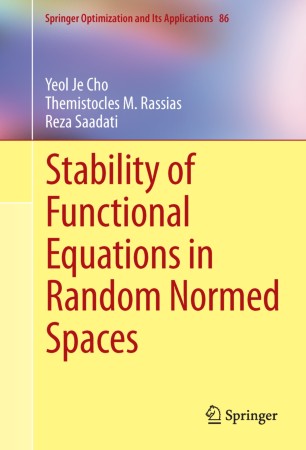 Part of the Springer Optimization and Its Applications book series (SOIA, volume 86)

This book discusses the rapidly developing subject of mathematical analysis that deals primarily with stability of functional equations in generalized spaces. The fundamental problem in this subject  was proposed by Stan M. Ulam in 1940 for approximate homomorphisms. The seminal work of Donald H. Hyers in 1941 and that of Themistocles M. Rassias in 1978 have provided a great deal of inspiration and guidance for mathematicians worldwide  to investigate this extensive domain of research.