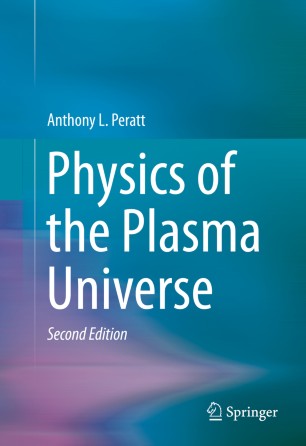 Physics of the Plasma Universe

Today many scientists recognize plasma as the key element to understanding new observations in near-Earth, interplanetary, interstellar, and intergalactic space; in stars, galaxies, and clusters of galaxies, and throughout the observable universe. Physics of the Plasma Universe, 2nd Edition is an update of observations made across the entire cosmic electromagnetic spectrum over the two decades since the publication of the first edition. It addresses paradigm changing discoveries made by telescopes, planetary probes, satellites, and radio and space telescopes. The contents are the result of the author's 37 years research at Livermore and Los Alamos National Laboratories, and the U.S. Department of Energy.

This book covers topics such as the large-scale structure and the filamentary universe; the formation of magnetic fields and galaxies, active galactic nuclei and quasars, the origin and abundance of light elements, star formation and the evolution of solar systems, and cosmic rays. Chapters 8 and 9 are based on the research of Professor Gerrit Verschuur, and reinvestigation of the manifestation of interstellar neutral hydrogen filaments from radio astronomical observations are given. Using data from the Green Bank 100-m telescope (GBT) of the National Radio Astronomy Observatory (NRAO), detailed information is presented for a non-cosmological origin for the cosmic microwave background quadruple moment.

This volume is aimed at graduate students and researchers active in the areas of cosmic plasmas and space science.

The supercomputer and experimental work was carried out within university, National laboratory, Department of Energy, and supporting NASA facilities.

Anthony L. Peratt received his PhD in Electrical Engineering from the University of Southern California, Los Angeles (1971) and his MSEE in 1967 from USC as well. Dr. Peratt is a thirty-year technical and administrative staff member of the University of California, was a part of the technical staff of the Lawrence Livermore National Laboratory (1972-1979), a guest physicist at the Max Planck Institut für Plasmaphysik, Garching, Germany (1975–1977), as well as guest scientist at the Alfvén Laboratory, Royal Institute of Technology, Stockholm, Sweden (1985). Since 1981, Dr. Peratt has worked at the Los Alamos National Laboratory and was the Scientific Advisor to the United States Department of Energy (1995–1999) where he served a term as Acting Director, National Security, Nuclear Nonproliferation Directorate. Peratt’s research interests have included numerical and experimental contributions to high-energy density plasmas and intense particle beams, explosively-driven pulsed power generators, lasers, intense-power-microwave sources, particles, high energy density phenomena, Z-pinches, and inertially driven fusion target designs.–1989 and the Guest Editor Transactions on Plasma Science, special issues on Space Plasmas 1986, 89, 90, 92, 2000, 2003, among many rolls he has had. He is a senior member the American Physical Society, American Astronomical Society, Eta Kappa Nu and has earned the United States Department of Energy Distinguished Performance Award in both 1987 and 1999. Dr. Peratt is the author/editor of the following Springer books: Physics of the Plasma Universe (1992); Plasma Astrophysics and Cosmology (1995); and Advanced Topics in Space and Astrophysical Plasmas (1997). Anthony Peratt is a Life Fellow of the IEEE, Senior Editor of the IEEE Transactions on Plasma Science, and Research Scholar, Museum of Archaeology and Anthropology, University of Pennsylvania, Philadelphia.

“‘Physics of the Plasma Universe Second Edition’ by Anthony L. Perrat is a profound guide dedicated to plasma physics in the Solar System … . It is addressed to graduate students and researchers working in the field of cosmic plasma. … The book is an excellent manual for young and experienced scientists interested in plasma physics. … The second edition incorporates many recent results and makes the book an up-to-date guide through the science of plasma in the Universe.” (Alicja Wierzcholska and Hubert Siejkowski, Pure and Applied Geophysics, Vol. 174, 2017)

“Anyone who has spent time engaged in research or in teaching in the field of plasma physics will know that it contains a wide variety of elements, both in terms of the physical theories that support it and the phenomena to which it can be applied. … those looking for an eventful up-to-date guided tour through some of the key sites of the plasma universe may well find what they are looking for here.” (Terry Robinson, The Observatory, Vol. 135 (1248), October, 2015)

“This book is the result of four decades of research work of a well-known specialist, this period has been spent in different frontiers of plasma research. … congratulations to the author for having written this volume, and warmest stimulations to the readers: they shall be pleased reading this book!” (Iván Abonyi, zbMATH 1306.82001, 2015)