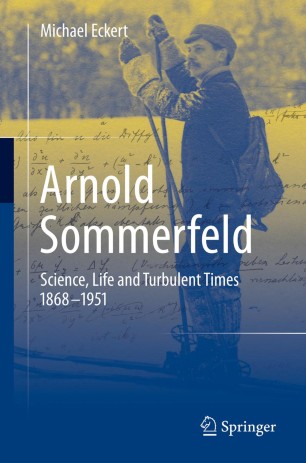 Arnold Sommerfeld (1868-1951) belongs with Max Planck (1858-1947), Albert Einstein (1879-1955) and Niels Bohr (1885-1962) among the founders of modern theoretical physics, a science that developed into a budding discipline during his lifetime. Sommerfeld witnessed many of the most dramatic scientific, cultural and political events of this era. His correspondence with his family offers a vivid testament to the challenges and joys of a life in science.

This biography attempts to reconstruct Sommerfeld’s life and work not only from the perspective of his achievements in theoretical physics but also with the goal of portraying the career of a scientist within the social and political environment in which it evolved. It is based to a large extent on Sommerfeld’s voluminous correspondence, which sheds light both on his private and scientific life. Furthermore, it provides an authentic view on the circumstances that shaped Sommerfeld’s career in different places – Königsberg, Göttingen, Clausthal, Aachen, Munich – and in different institutional and disciplinary settings – mineralogy, mathematics, engineering, physics. Although this biography is not a study of Sommerfeld’s school, it also renders transparent what made this group of physicists so unique and gave its founder the aura of a charismatic teacher. This becomes particularly evident in the reverence with which he was received by his hosts during his travels all over the world – travels that Sommerfeld perceived as cultural missions. International politics, personal zeal and scientific interests became closely entangled at such occasions. Such an entanglement is by no means uncommon in the history of science – but it is rarely observed so persistently as in Sommerfeld’s case.