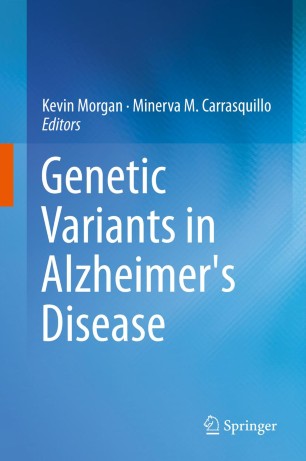 Since 2009, a revolution has been witnessed in Alzheimer’s Disease genetics. New genetic links are being discovered at an unprecedented pace and our understanding of the molecular mechanisms of neurodegeneration have taken a quantum leap forward. This book provides a thorough description of the genes that have been implicated in the aetiology of late-onset Alzheimer’s disease (LOAD) based on evidence of genetic association. These “AD susceptibility genes” are described both in their genomic and cellular context, as well as with respect to their known or suspected molecular functions. Although these genes are not sufficient to explain all of the genetic contributions to LOAD, they represent the best replicated set of genes to date. Undoubtedly the list will grow as more advanced genomic approaches towards the identification of novel LOAD genes progresses.