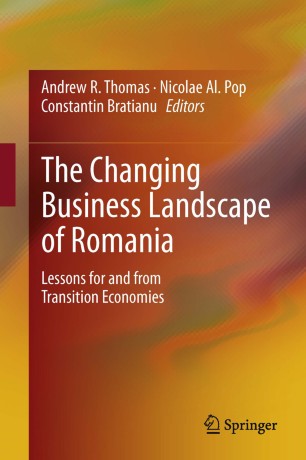 The Changing Business Landscape of Romania

Lessons for and from Transition Economies

Romania stands at the crossroads of Europe, Asia, and the Middle East. Since 1990, when the country experienced the bloodiest revolution of all of the Warsaw Pact members, Romania has gone through withering change. While the formal transition from a totalitarian, communist state was completed in 2007 with Romania’s accession into the European Union, the adaptation of the nation’s people and business climate to a market-based economy is a daily occurrence.

In the 2000’s, in the lead up to EU accession, Romania was one of the largest recipients of Foreign Direct Investment in the world. While multinational corporations poured in hundreds of billions of dollars, there was also a restructuring of the way business was conducted. Western systems of management and organization—foreign to most Romanian academics and business people—almost overnight transformed the way the marketplace was perceived.

Romania’s entrepreneurs were quick to adapt to the new ways, leveraging new opportunities in the environment. Fortunes were made. Multinationals also burgeoned in Romania. Companies like Microsoft, General Electric, Timken, Kraft, P&G, Renault and dozens of others successfully took advantage of the possibilities created by a relatively well-educated population that was moving into the middle class.

For the most part, however, researchers and scholars were caught off guard by the quickening pace of business change in Romania. Only until very recently has the academic community at large been able to wade through the murkiness and begin to see what the new landscape looks like.

It is the purpose of this edited volume, which includes the work of some of Romania’s finest business scholars, to provide even greater clarity to the current and future scene. Moreover, the experience in Romania helps shed light on the dynamics of economic and business transition throughout Eastern Europe, the Middle East, and other emerging regions, with implications for practice, policymaking, and research.