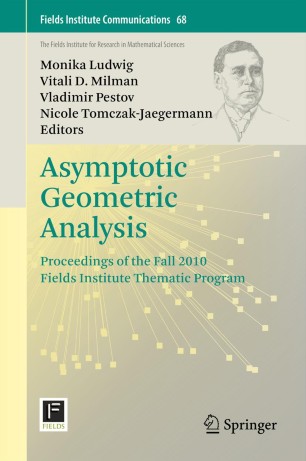 Asymptotic Geometric Analysis is concerned with the geometric and linear properties of finite dimensional objects, normed spaces, and convex bodies, especially with the asymptotics of their various quantitative parameters as the dimension tends to infinity. The deep geometric, probabilistic, and combinatorial methods developed here are used outside the field in many areas of mathematics and mathematical sciences. The Fields Institute Thematic Program in the Fall of 2010 continued an established tradition of previous large-scale programs devoted to the same general research direction. The main directions of the program included:

* Applications of the concept of concentration

These directions are represented in this volume and reflect the present state of this important area of research. It will be of benefit to researchers working in a wide range of mathematical sciences—in particular functional analysis, combinatorics, convex geometry, dynamical systems, operator algebras, and computer science.