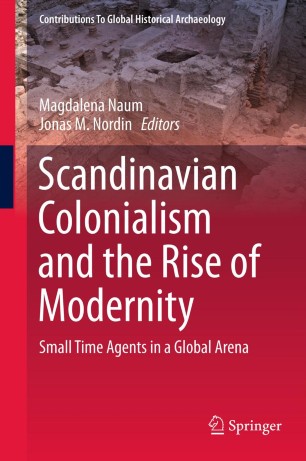 Scandinavian Colonialism and the Rise of Modernity

​In Scandinavian Colonialism and the Rise of Modernity: Small Time Agents in a Global Arena, archaeologists, anthropologists, and historians present case studies that focus on the scope and impact of Scandinavian colonial expansion in the North, Africa, Asia and America as well as within Scandinavia itsself. They discuss early modern thinking and theories made valid and developed in early modern Scandinavia that justified and propagated participation in colonial expansion. The volume demonstrates a broad and comprehensive spectrum of archaeological, anthropological and historical research, which engages with a variation of themes relevant for the understanding of Danish and Swedish colonial history from the early 17th century until today. The aim is to add to the on-going global debates on the context of the rise of the modern society and to revitalize the field of early modern studies in Scandinavia, where methodological nationalism still determines many archaeological and historical studies.

Through their theoretical commitment, critical outlook and application of postcolonial theories the contributors to this book shed a new light on the processes of establishing and maintaining colonial rule, hybridization and creolization in the sphere of material culture, politics of resistance, and responses to the colonial claims. This volume is a fantastic resource for graduate students and researchers in historical archaeology, Scandinavia, early modern history and anthropology of colonialism