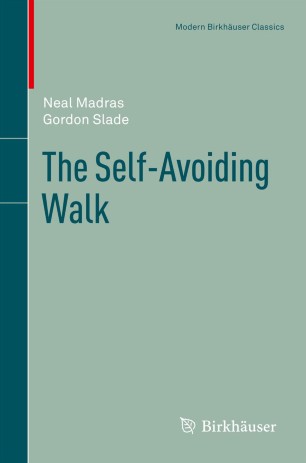 The self-avoiding walk is a mathematical model that has important applications in statistical mechanics and polymer science. In spite of its simple definition—a path on a lattice that does not visit the same site more than once—it is difficult to analyze mathematically. The Self-Avoiding Walk provides the first unified account of the known rigorous results for the self-avoiding walk, with particular emphasis on its critical behavior. Its goals are to give an account of the current mathematical understanding of the model, to indicate some of the applications of the concept in physics and in chemistry, and to give an introduction to some of the nonrigorous methods used in those fields.

Topics covered in the book include: the lace expansion and its application to the self-avoiding walk in more than four dimensions where most issues are now resolved; an introduction to the nonrigorous scaling theory; classical work of Hammersley and others; a new exposition of Kesten’s pattern theorem and its consequences; a discussion of the decay of the two-point function and its relation to probabilistic renewal theory; analysis of Monte Carlo methods that have been used to study the self-avoiding walk; the role of the self-avoiding walk in physical and chemical applications. Methods from combinatorics, probability theory, analysis, and mathematical physics play important roles. The book is highly accessible to both professionals and graduate students in mathematics, physics, and chemistry.​

“The Self-Avoiding Walk is a reprint of the original 1993 edition and is part of the Modern Birkhäuser Classics series. It provides numerous theorems and their proofs. It was complete for its time, with 237 items in its list of references; since then one large outstanding conjecture has been verified but the basics remain unchanged. … if you want to know anything about self-avoiding walks, it is the place to look first.” (Underwood Dudley, MAA Reviews, April, 2013)